Four loops by four separate artists are simultaneously, continuously looped for 30 minutes. The loops are projected to surround a group of musicians, who then respond live to the loops with looping sound.

The process is then repeated again with as many sets of artists and musicians as you’d like.

/luːp/
• (noun) a structure, series, or process, the end of which is connected to the beginning.
• (verb) form (something) into a loop or loops; encircle.
• (in music) a repeating section of sound material.

• The filmmakers have one week to create their loop.

• The content of the loop must be entirely original/created for the show (unless the artist’s process is rooted in the use of existing imagery).

• The setup of the projections depends on the room. As long as they fill the musicians field of vision it is ok.

• Musicians don’t have to use a loop pedal. 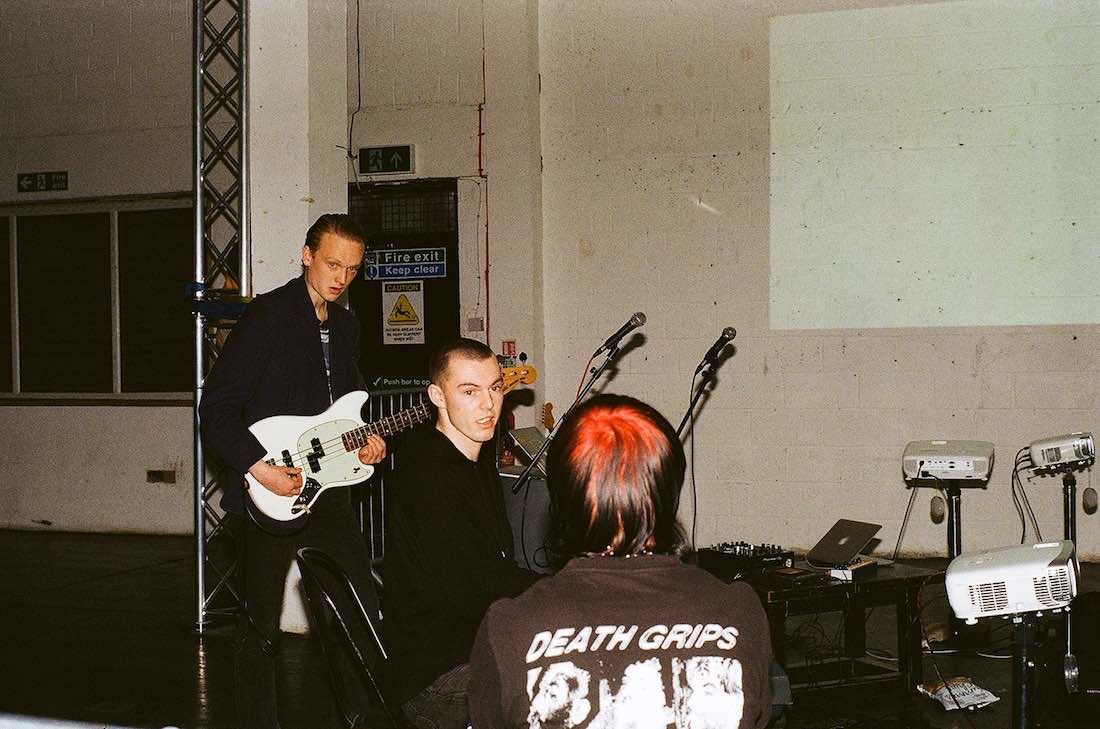