LATE /leɪt/
• near or at the end of day or well into the night.
• belonging to the time just before the present moment; most recent.

WORKS /wɜːks/
• something created as a result of effort, especially a painting, book, or piece of music.
• everything that you might want or expect to find in a particular situation.
• the parts of a machine, esp. the parts that move.
• an industrial building, especially one where a lot of people are employed. ---> (hopefully in the future)

LATE WORKS /leɪt/ /wɜːks/
• works produced by artists of late,
• at the latest moment to the present,
• displayed late in the evening,
• for fun, to collaborate, to communicate, to experiment, to exchange, to speculate, to see what happens. 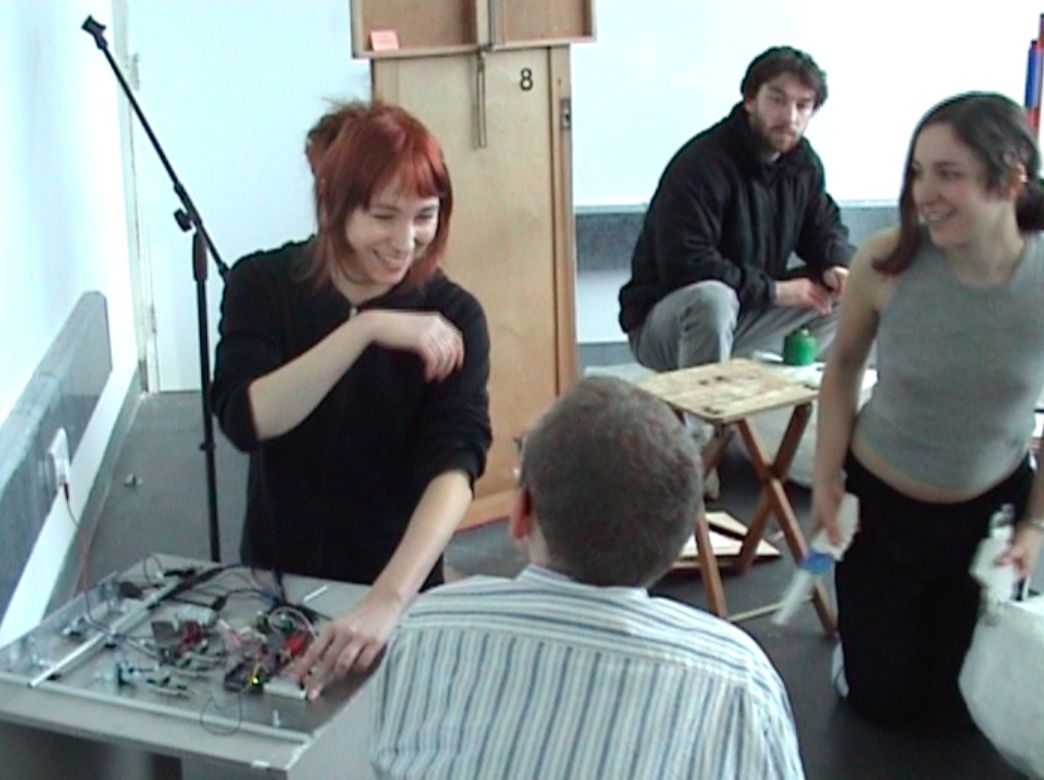 Late Works is a nomadic series of live intermedia events and permutable collective of artists, musicians, writers, designers, filmmakers and dancers, with a monthly radio show on Resonance Extra.

Each manifestation of Late Works is governed by a set of pre-determined rules and instructions, aimed to encourage discourse, collaboration and exchange between the artists taking part. The heavily process-based experimental shows are united by an ethos of indeterminate intermedia improvisation.
‍
Late Works was founded in September 2018 by artist Joseph Bradley Hill, after a conversation with composer/musician Billy Leach about his jazz evenings Impromptu. The majority of the events are conceptualised by Joe and refined with other artists. Collaborators are encouraged to critique and develop the concept when participating in the events.

View the directory of all our collaborators here.

/ˌɪndɪˈtɜː(r)mɪnət/
• not definitely or precisely determined or fixed / not known in advance / not leading to a definite end or result / having an infinite number of solutions.

/ɪntərˈmɛdɪə/
• using or involving several media, such as music, film, dance and painting, simultaneously; coined/popularised by Fluxus artist Dick Higgins in the 60s.

/ˌɪm.prə.vaɪˈzeɪ.ʃən/
• a performance that an actor, musician, etc. has not practiced or planned.
• the act of making or doing something with whatever is available at the time.

/ˈhɒməɡrɑːf,/
• each of two or more words spelled the same but not necessarily pronounced the same and having different meanings and origins.

• There must be no extraneous or pre-exisiting material (e.g. a painting made before the artist was approached for the event), everything must be purposefully created for (or within) the show.
‍
• Many events are initiated through homographs, umbrella terms that span different creative disciplines, (e.g. the homograph slip = movement = slip = garment = slip = clay = slip = paper used for the show of the same title).
‍
• Artists are generally selected in groups of prime numbers (2, 3, 5, 7 etc.), unless the core concept alters this/people drop out last minute (e.g. groups of 6 maximum in of Noise & the coincidental 27 artists for Paperweight).
‍
• Events take place over one day/night only.
‍
• Where possible, choose the most sustainable option (e.g. reclaimed clay in SLIP, recycled paper for the By Ear postcards etc.)
‍
• Performances should occur in intervals of 15 minutes.
‍
• Recordings should be made and released as soon as possible from the date of the event.
‍
• Artists can appear in multiple Late Works, but generally not in another iteration of the same event. New artists should always be found first. (Certain artists will however lend their work perfectly to a specific idea and take part more than once)
‍
• Each event should have a distinct numbering system for its iterations (e.g. Paperweight II, By Ear #2, at first sight No.3)

Recordstore.co.uk - Compilation of the Year 2020