Otis Blease (b. 1996 Bristol, lives and works in London) is influenced by the city’s constant state of motion. In contrast to where he grew up in Cornwall, this adds an energy and spontaneity to his practice. Through a mixture of observation and imagination, Otis often creates scenes of figures engaged with either themselves or others in mysterious activities. Working with mixed media materials he explores feelings of excitement and anxiety in his work, interested in the way the polarities of life can seem both thrilling and mundane simultaneously. His recent works start to draw on memories from childhood, a time where feelings of excitement and boredom were both regularly experienced. This was the time when he learnt his place in the world, exploring and making mistakes. 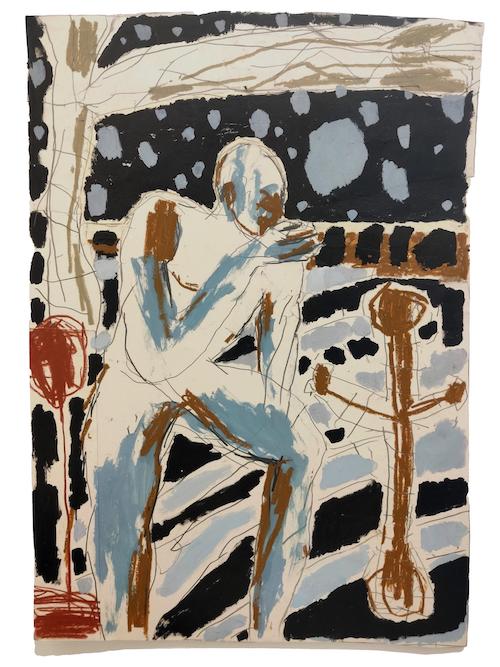