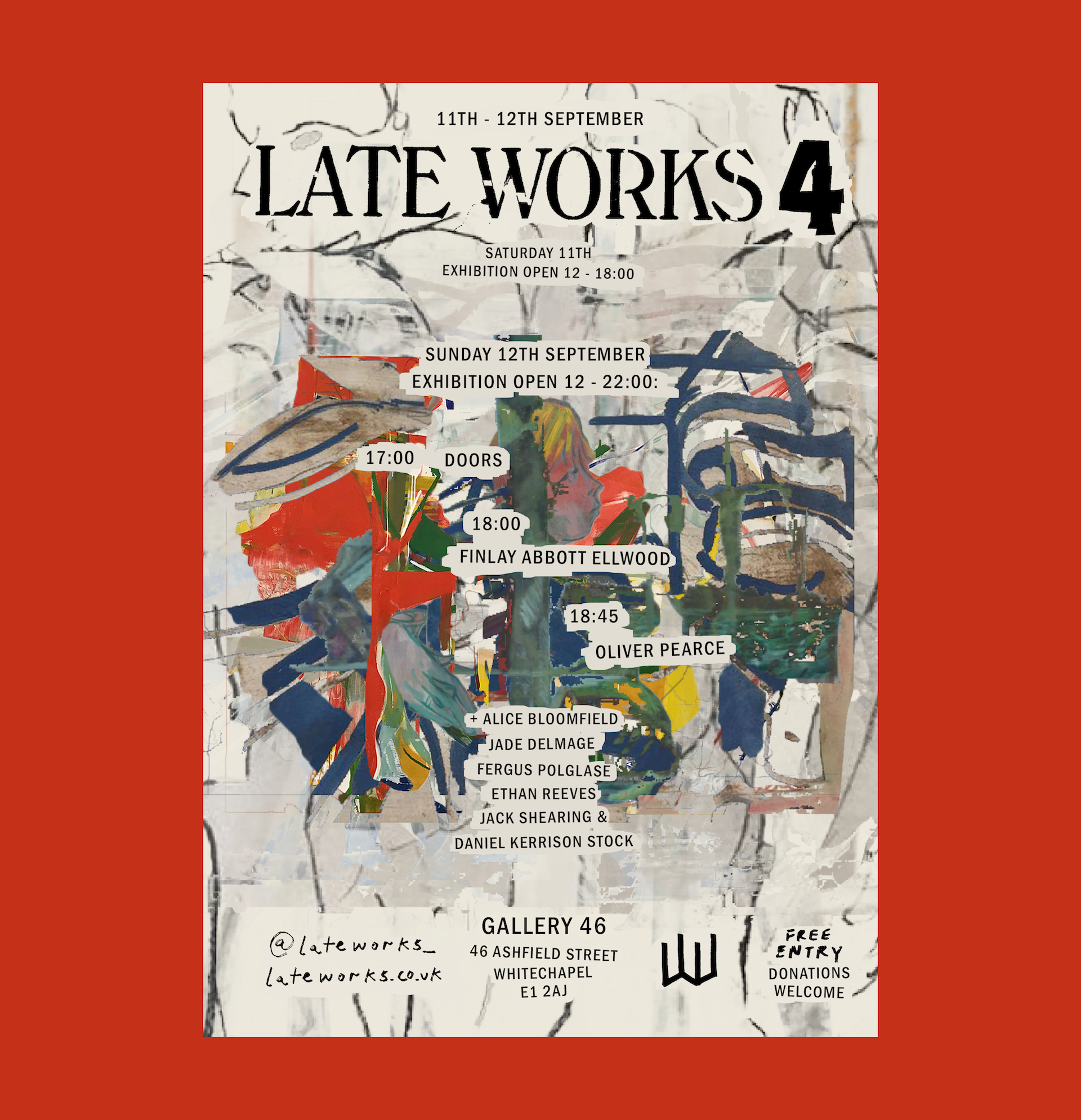 The fourth version of "Impromptu presents Late Works", the first incarnation of Late Works, where a group of musicians spontaneously improvised music in response to two painted folding dressing screens.

More information about the artists:

"The relationship between the themes I’m working with and the way I work, is, in its way, a theme in its self, and seems at the moment to be the place where my practice sits, a homogenous set of relations between physical and cognitive. In ways the process of making work about the process of making provides a think tank which at times feels vacuous and confusing and yet still charged with connections. The methodological systems I implement over the given period of time any painting takes to make, means as much to me as the symbols, Sigils and motifs that form the structure of the work. I’m interested in how each layer of the painting Is de-registered as a result of a differing formal axis or fulcrum according to the when, within the space/time continuum, it was made. How the new overlays the old, how the consistency of paint is linked to memory and time. How space gets flattened and time gets extended. How the components and the way their painted have an axial symmetry with the whole picture. How the things within my paintings and the paintings themselves never really mean one thing. Could my paintings be forever in flux, like the tides? How the formal and biological harmony of a painting can reflect the same harmony found in the network of the real world." 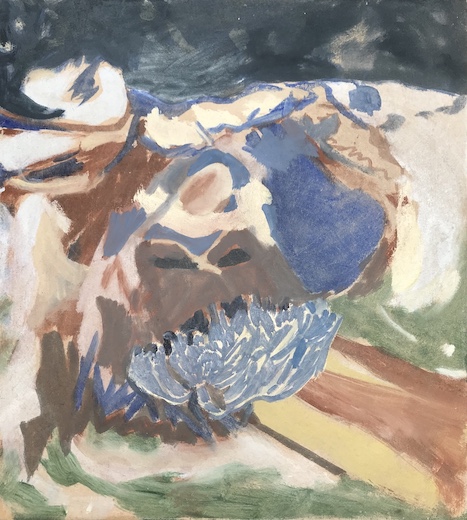 Oliver Pearce (b.1996) is a graduate from Camberwell College of Arts, whose artistic practice is rooted in a passion for the history of art, to develop visual striking imagery of varied themes, exploring human psychology and mythologies in rich layers of oil paint.

Paperweight I, at first sight, By Ear, 4 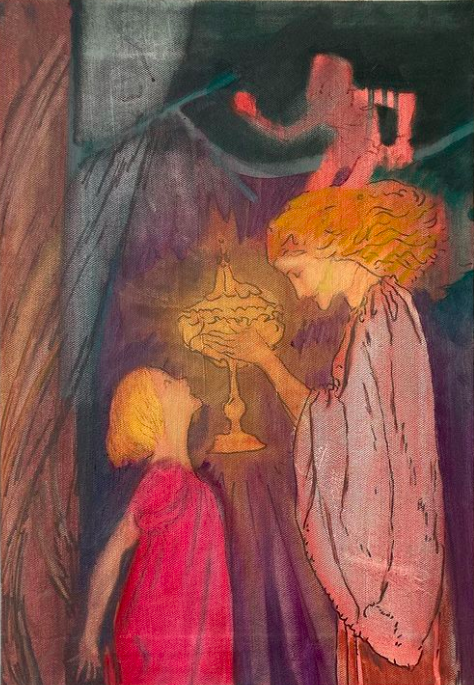